The gabions were already used by the Romans. In the beginning, gabion walls were constructed with wicker and filled with stone, in order to protect against rockfall. 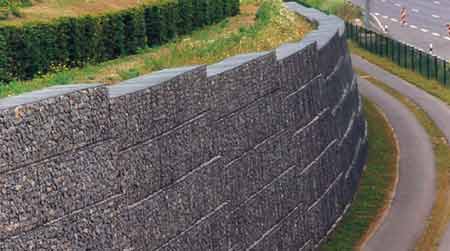 Even today, the gabions filled with stones, stowed aligned and used to stabilize slopes. But their diversity of use has been expanded by multiplying its applications for the high durability of the material (galvanized iron wire special), by the way of quick and stable placed and shapes and specialty finishes.

– Load-bearing walls on which rests a street, can be achieved without problems over 10 meters high, are stable anddurable.

– Stabilization in ponds and riverbanks against flooding or  as they are not damaged in case of small earthquakes. (Unlike the concrete walls)

– Deep Drainage (water filtration systems) that can be constructed of stone filled gabions. 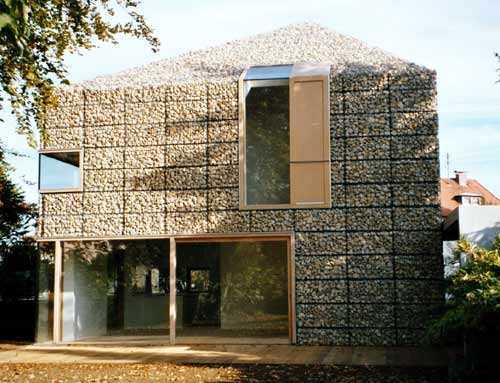 – Slopes with an incline greater than 60 ° builtwire trellis, with triangular sections and layers, fillings with soil or stones.

– Design of parks with links to sound barriers and can bebuilt with special shapes and filled with gabion materials of different colors and features.

– The walls may be coated with gabions attractively thin. 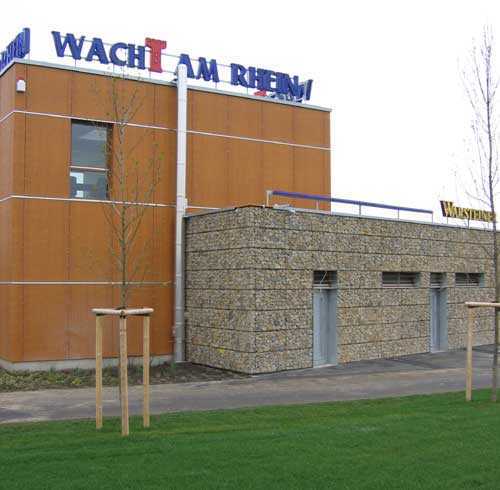 No hay resultadosVer todos los resultados
We use cookies on our website to give you the most relevant experience by remembering your preferences and repeat visits. By clicking “Accept”, you consent to the use of ALL the cookies.
Cookie settingsACCEPT
Manage consent

This website uses cookies to improve your experience while you navigate through the website. Out of these, the cookies that are categorized as necessary are stored on your browser as they are essential for the working of basic functionalities of the website. We also use third-party cookies that help us analyze and understand how you use this website. These cookies will be stored in your browser only with your consent. You also have the option to opt-out of these cookies. But opting out of some of these cookies may affect your browsing experience.
Functional
Functional cookies help to perform certain functionalities like sharing the content of the website on social media platforms, collect feedbacks, and other third-party features.
Performance
Performance cookies are used to understand and analyze the key performance indexes of the website which helps in delivering a better user experience for the visitors.
Analytics
Analytical cookies are used to understand how visitors interact with the website. These cookies help provide information on metrics the number of visitors, bounce rate, traffic source, etc.
Advertisement
Advertisement cookies are used to provide visitors with relevant ads and marketing campaigns. These cookies track visitors across websites and collect information to provide customized ads.
Others
Other uncategorized cookies are those that are being analyzed and have not been classified into a category as yet.
Necessary
Necessary cookies are absolutely essential for the website to function properly. These cookies ensure basic functionalities and security features of the website, anonymously.
SAVE & ACCEPT